Pastor Rager is the preacher and missionary church planter, called by God to lead a brand new church plant in Tampa Bay. He is a Master of Pastoral Theology student at Gethsemane Bible Institute in Walnut Ridge, Arkansas.

Going back to the mid-1800’s on the Appalachian frontiers of Pennsylvania, just about every man in Pastor Rager’s family has either been called to be a German Baptist Pastor/Evangelist or a soldier in the US Army; thus, the hymn “Stand up for Jesus, ye soldiers of the Cross” has a special meaning to him. In recent generations, Pastor Rager’s family came out from the denomination their ancestors founded due to its liberal downgrade, just as Pastor Rager walked away from the Southern Baptist Convention for the same reason.

Pastor Rager is a devoted husband and father, an unapologetic patriot, and an historian particularly interested in American church and political history. 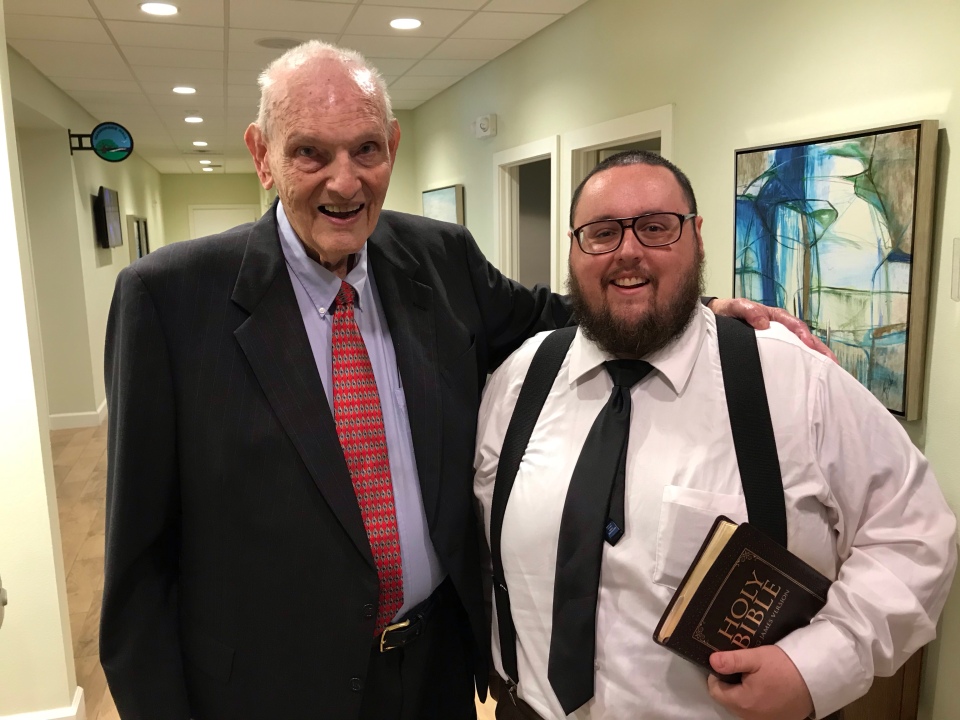 Dr. Ralston has been pastoring in the Tampa Bay Area for eight decades. He is a graduate of Trinity College of Florida, then located in Clearwater, Florida.

Entering the ministry as an hymn soloist and youth director, he took his first head pastorate in Largo in 1957. A devoted soul winner and steward, he saw God grow that humble church of ten members into Grace Baptist Church of Clearwater, Florida, an Independent Fundamental Baptist church of over 700 (later rebranded Lakeside Community Chapel). Dr. Ralston also founded Lakeside Christian School in Clearwater.